The Georgia BBQ Championship (GBC) is a 501(c)(3) non-profit organization. Our mission is to promote barbecue excellence, encourage competitive spirit, and educate the public about barbecue as an American cuisine, which enhancing Georgia's tourism and enabling event organizers to feed the hungry in their local communities. All GBC members are either friends, judges, cook teams, organizers, or a mixture of all of these. All of our sanctioned events are ran by organizers of community events or festivals that feature barbecue competitions sanctioned by the Kansas City BBQ Society (KCBS), the world's largest cooking competition sanctioning body. 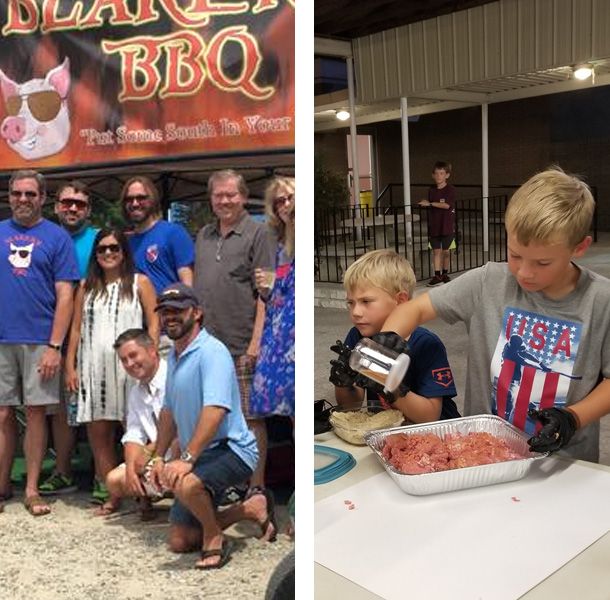 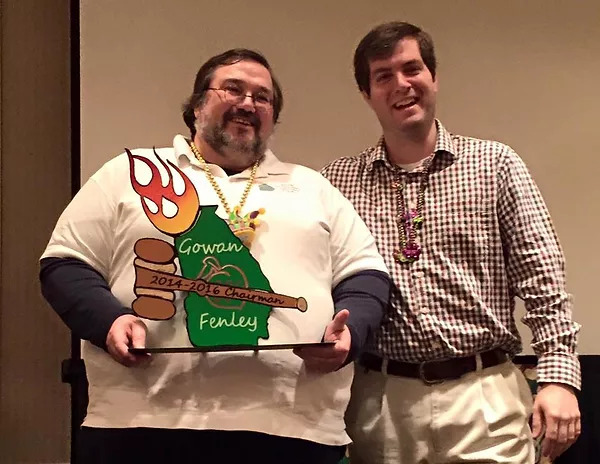 In 2005, there were only two KCBS sanctioned events in Georgia, forcing teams to travel long distances to contests in neighboring states to pursue their craft. Driven by a desire to have more opportunities to compete closer to home, cooks began to cross over to become event organizers. The task of putting on a barbecue festival is daunting, and these new organizers quickly turned to each other for help and advice just as they did when they were cooks. With Kansas City so far away, organizers leaned heavily on this informal network and the shared experience it offered. It only took two years for the number of KCBS events in Georgia to triple.

Now, there were more opportunities to cook, but along with this came a new challenge-- attracting enough teams to fill the larger number of contests. Once again, the group discussed ways to deal with this latest problem. Late one evening, in the middle of a field at a BBQ contest, the core idea of what would become the GBC was hammered out-- entice teams to focus on cooking KCBS events in Georgia by creating a new state championship series based on KCBS scores. ​

In 2010, the dream became a reality as the group joined together to form the Georgia BBQ Championship, announcing the first ever competition to determine who was the best BBQ cook not just on one weekend, but by demonstrating the skills of a true Pitmaster week after week at competitions statewide. The GBC awards spectacular trophies, cash prizes and perhaps most important, the ultimate bragging rights of the best BBQ cook in Georgia!​

All winners are recognized at the GBC Annual Awards Banquet, called the GBC BBQ Bash, where cooks, judges, organizers and sponsors alike all come together for a weekend of networking and enrichment at Brasstown Valley Resort & Spa. In addition to the banquet, GBC hosts KCBS certification and education sessions, as well as a round table for organizers and friends of GBC to come and seek guidance or offer assistance.

The GBC has held fast to our original concept while listening to the membership and making changes when required, such as altering the scoring system in 2014. As a result, the GBC has experienced continual controlled growth even as other start-ups that launched with much fanfare have faltered and disappeared. Our grassroots success story has drawn organizers from other states to study the GBC and use our organization as a model for setting up similar operations in their own areas. ​ 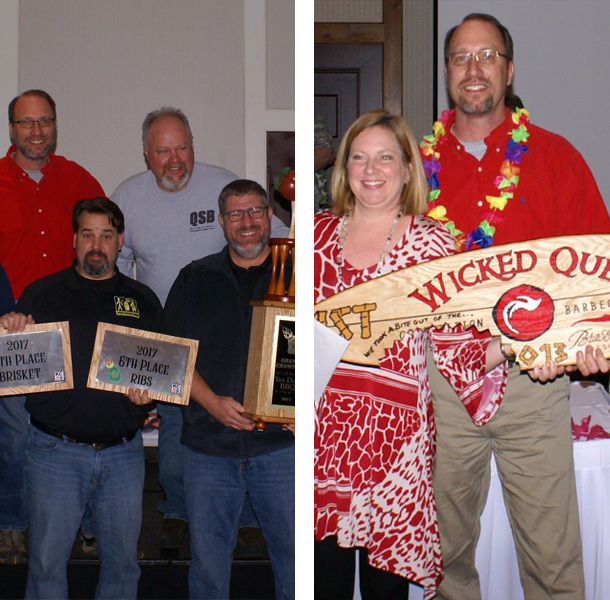